We Deliver Laundry in Essex County

is your convenient source for high-quality and clean clothes, every time.

Laundry pick up and delivery service to exceed your expectations.

How to Order a Laundry Pickup & Delivery Service in Essex County

Schedule Laundry Pick-Up and Delivery Service as Easy as 1-2-3!

Schedule a pick up Monday through Saturday. The We Deliver Laundry Team will stop by between the hours of 8am and 6pm based on your availability. Remember we offer Wash & Fold, Dry Cleaning and Commercial Laundry services.

The expert cleaners of We Deliver Laundry works to meet your needs. In addition to checking your pockets for valuables like your wallet or cell phone, your clothes are carefully inspected before beginning out close-looped washing process.

Don't worry about forgetting, you'll receive a notification the day your delivery is due so you can plan on receiving your fresh laundry - be sure to have a lemonade ready because delivering your clothes is going to be sweet.

Our Laundry Service in Essex County

Ready for pickup and delivery Laundry Services in Essex County?

We Deliver Laundry pickup and deliver your clothes, no fuss.

After your garments arrive at one of our local laundry facilities, they proceed through a rigorous and gentle cleaning process to remove dirt, soil, sweat and residue.

Sparkling clean, your specialist returns them straight to you.

Our no risk solution means you can opt out at any time.

But once you’ve had a taste of the good life – premium detergents, friendly demeanor and most importantly – peace of mind, you’ll want to keep coming back again and again. 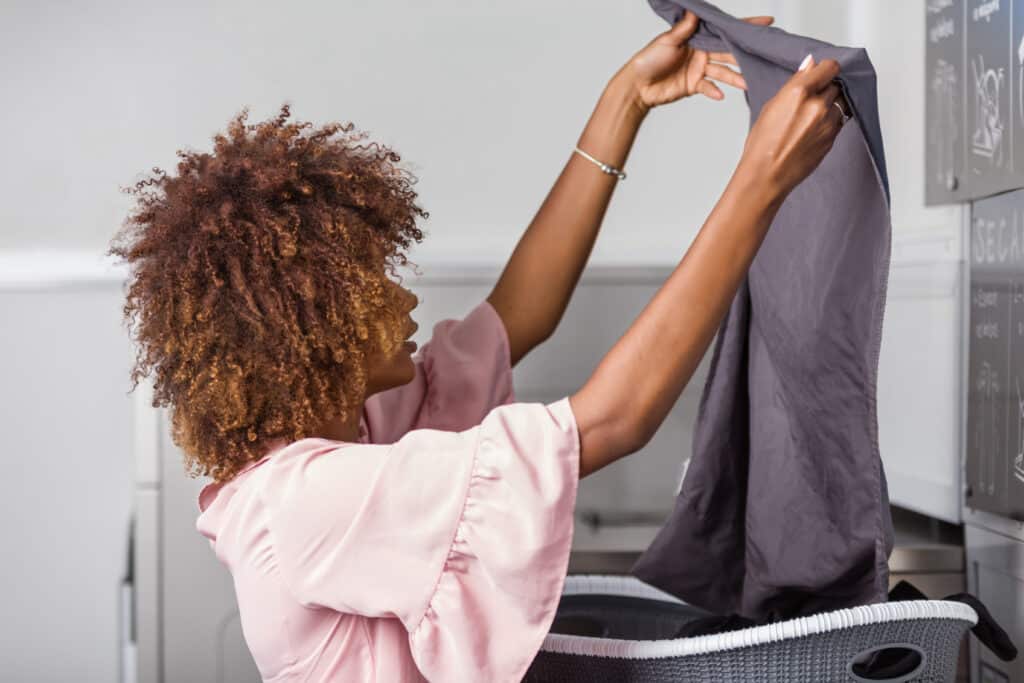 Accessible laundry pickup and delivery services We’ll pick up then drop off your clothes, opt out at any time.

We use safe laundry soaps and detergents.

With We Deliver Laundry you can trust that your wash & fold clothes are returned safe and sound.

Pressed, Starched and Ready in an Environmentally Safe Facility.

Here’s why We Delivery Laundry’s Dry-Cleaning Services stand out from above the rest: Convenience, Dedicated Service and a Quick Turnaround.

We Deliver Laundry prides itself on our commitment to a convenient dry cleaning experience, every time. 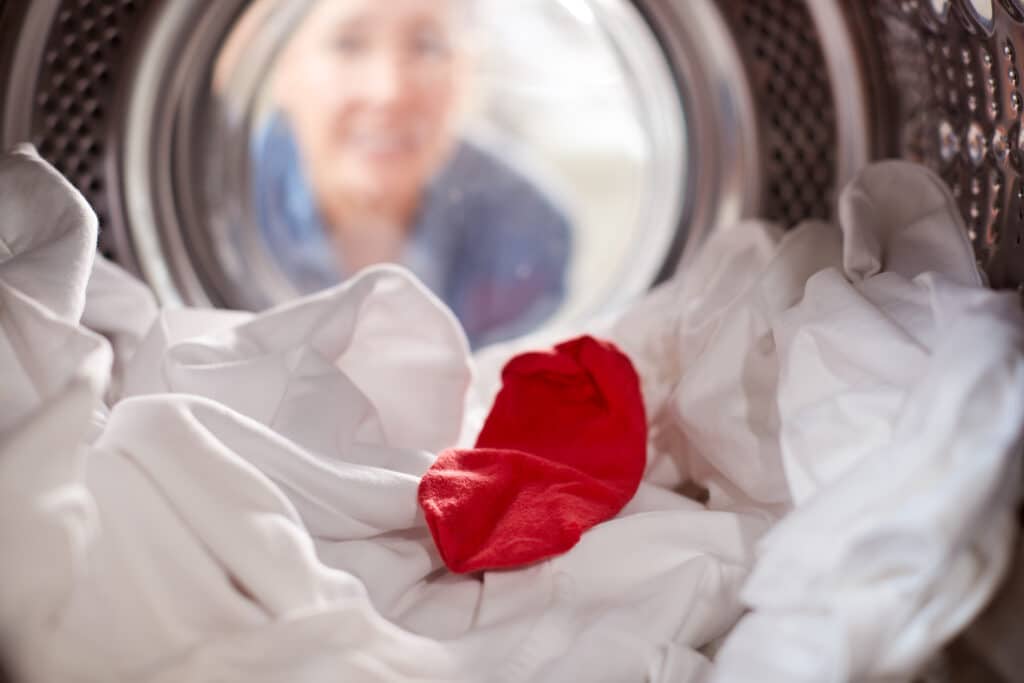 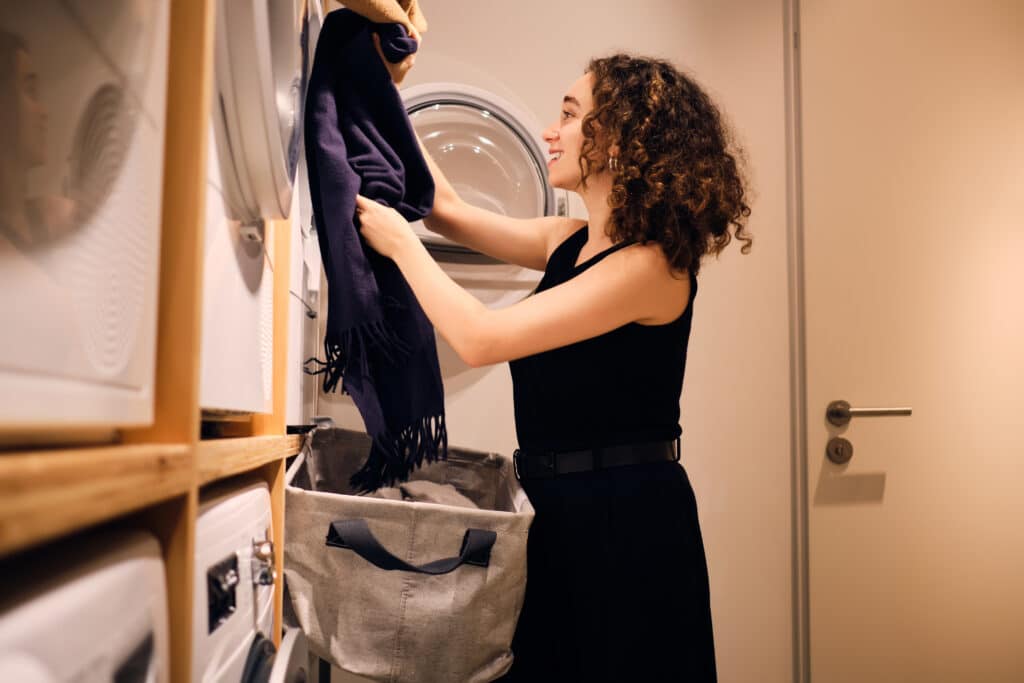 Save 15% or up to $50 a month with our weekly and bi-weekly service. You can cancel at any time.

Essex County is a county in the northeastern part of New Jersey. The county is named after Essex, a county in the East of England. Essex was originally formed as one of four administrative districts within the Province of East Jersey in 1675, together with Bergen, Middlesex and Monmouth districts. Essex County was formed within East Jersey on March 7, 1683. When the provinces of East Jersey and West Jersey were combined in 1702, the county boundaries were retained. Portions of Essex were taken in 1741 and transferred to Somerset County. In 1837, Passaic County was formed from portions of Essex and Bergen counties. In 1857, Union County was created from parts of Essex County.

When visiting Essex County make sure you visit some of the historical and fun places for the whole family such as: Essex County Turtle Back Zoo, Thomas Edison National Historical Park, Newark Museum of Art, The Street Teachers and Eagle Rock Reservation.

Essex County is also home to a number of public and private higher learning institutions such as: Essex County College – a two-year community college that offers A.A., A.S., and A.A.S. degrees, the school opened in 1968. The school’s main campus is in the University Heights section of Newark, with a satellite campus in West Caldwell. Montclair State University – founded in 1908, the school campus covers Montclair, Little Falls and Clifton. New Jersey Institute of Technology (NJIT) – located in Newark’s University Heights section, the school was established in 1881 as Newark Technical School. Rutgers University–Newark – the school dates back to the 1908 establishment of the New Jersey Law School which became a part of Rutgers University under legislation that incorporated the University of Newark into Rutgers. New Jersey Medical School – dates back to its establishment in Newark in 1956 as the Seton Hall College of Medicine and Dentistry of New Jersey, and became part of Rutgers University in 2013. Berkeley College – Newark – a satellite campus of Berkeley College. Bloomfield College – located in Bloomfield and founded in 1868.Caldwell University – founded in 1939 as a Catholic liberal arts college by the Sisters of Saint Dominic.Seton Hall University –founded in 1856 and affiliated with the Roman Catholic Archdiocese of Newark. Seton Hall University School of Law – located in Newark, it is the state’s only private law school.

What Our Customers Are Saying

“Great service for when my washer broke and was awaiting parts. On time pickup and delivery and they even sorted the clothes when they folded them!”
Jonathan S.
“All of the employees were so knowledgeable about the laundry and delivery process! My laundry was exactly on time, very nice employees, and such high quality service! All of my clothes were so fresh when returned! The website is very easy to navigate and you can also TEXT to get your laundry done!! So easy!! Low prices for the quality of the wash! I’ve used this company many times already and plan to continue!!”
Savannah W.
“They are great!!! I was so lucky to find them!! My machine broke down and I had work cloths that I needed and they were a lifesaver!! The staff is super nice and they really care...Great experience. We are lucky to have them because they make your day!!!”

Angelica A.
Previous
Next

How Do I schedule my pickup?

Simply Visit signup and click on the “Schedule” button. Follow the steps and prompts to schedule your desired service.

When is my Laundry Delivered?

Your laundry is delivered within 24 hours of pickup.

Are there any pickup or delivery fees?
There is a service and transport fee of $5.95 on all orders. There is also a same-day cancellation fee of $5.99.

Neighborhoods we serve within

Looking for Locations outside of New Jersey?